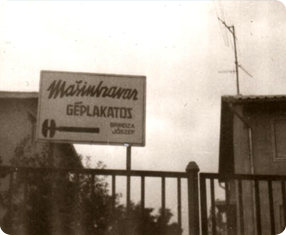 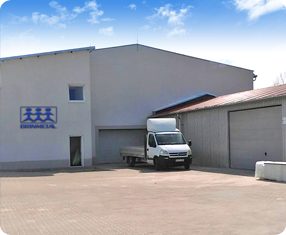 We, BRINMETAL Kkt.are the first independent Hungarian garage door manufacturing company that produces sectional and tilting garage doors and all their parts and accessories.
Our company was founded by the Brindza family in 1968 in Topolya. Initially the main activity was general locksmith work and we have continuously evolved to meet the requirements of to do mass production for West-European countries.

A milestone of our progress was the opening of the second plant that operates in Baja since 1992. This site was opened with the primary role of garage door and part production.
Currently both sites are in operation producing excellent parts for our own range of sectional and tilting garage doors, and of course mass producing parts in our press –works for our foreign partners, like Sommer Antriebs- und Funktechnik GmbH (https://www.sommer.eu/de ) and Witt Sensoric GmbH-t (https://www.witt-sensoric.de/de/ ) from Germany, DOCO Group (http://doco.nl ) from Holland, and Axone-Spadone (http://www.axone-spadone.fr/ ) from France.